The Dome House of Cape Romano is located just South of Marco island. This is an advanced paddle because, of the distance and currents that swirl in the area. Safety should always be a priority in any paddle but, specially when there is a long distance involved. Help may not be as readily available. A handheld VHF, PFD and leash should be made mandatory if you are planning to do this one. The distance is about 12 miles if you go along the coast. If you go through the back country, into the mangroves, you will be adding mileage to your paddle. If you do decide to go in through the mangroves please take a handheld GPS. It is like a labyrinth back there and very easy to get lost. With a GPS you can at least follow your bread crumbs on the map or check to see that you are going in the right direction. Cell phone reception is very spotty since, you are in a remote location. Also, make sure to check the weather (very important). 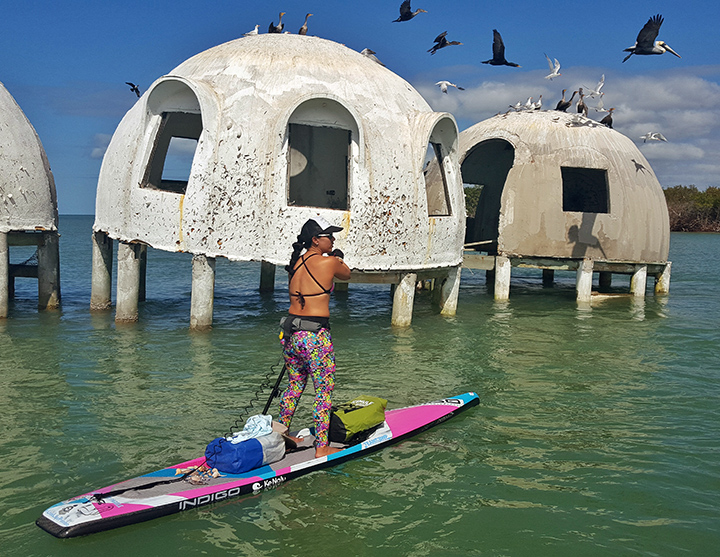 You are probably asking why is this weird house out there in the middle of the water with nothing around for miles and miles. The home was built back in the early eighties along with a couple of other houses (more traditional looking). Bob Lee, an inventor, (the owner of the dome house) wanted to build a house that was self-sufficient and away from it all. 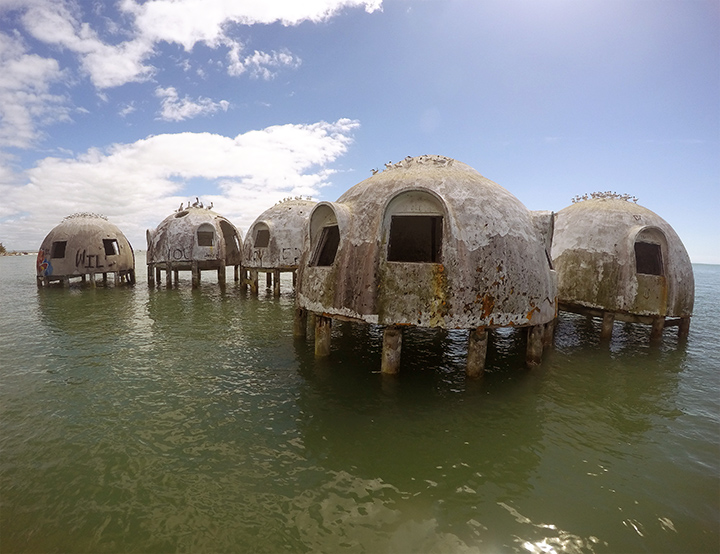 At the time when the home was built it was completely on land with plenty of beach in front of it. This area of the gulf has very strong currents hence, the ever changing landscape. By the late eighties the landscape began to change (the beach began to disappear). The home survived hurricane Andrew in 1993 with minimal damage due to its circular construction. In 2005 the home was purchased by John Tosto with the hopes of rebuilding this home to its former glory. Unfortunately that was the same year hurricane Wilma hit. Not only did the home sustain damage but, it also washed away more of the coastline. Now in 2016 the home is completely surrounded by water and abandoned. It is so far offshore that the only way to get an up close look is by boat, kayak or paddle board. 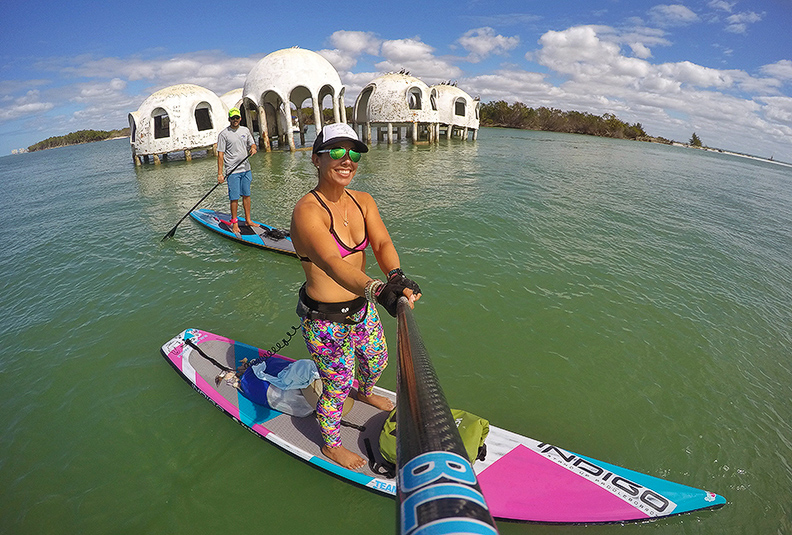 Part of the journey is getting there. Sometimes the journey is more memorable than the actual end destination. This is my mantra on every adventure paddle I take. Our journey began at Caxambas park on Marco Island. It took us a little over 2 hours to get there from Miami,Fl. There was a launching fee of $4 per board. They had some real nice floating docks that made it super easy to launch. The parking area is small so, it is better to get there early to make sure that you get parking.

Once, we launch we made our way towards the Gulf of Mexico. The wind was blowing fairly out of the east so, it made the water relatively flat. You could also make your way via the mangroves but, since we were not familiar with the area we decided it was best to stick to the easiest route (so to speak). The current was flowing pretty hard already and we were going against it. There came a point where I was paddling as hard as I could and I was barely making any forward progression. I’m a decent paddler so, this concerned me. I didn’t know if it was going to be like this the whole way. Once, we made our way out of the pass the current lightened up a little bit but, it was still pretty strong.

We even a spot a Osprey's nest in the vicinity 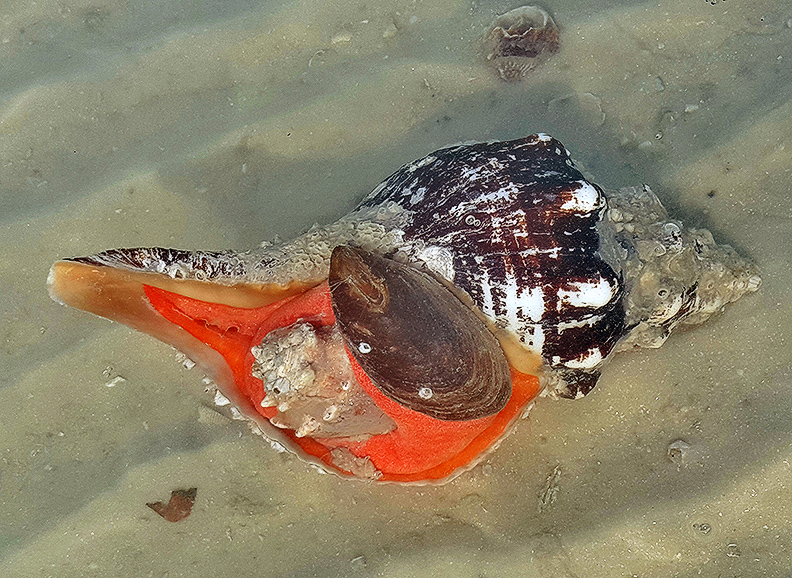 We decided to take our time making our 6 mile trek and stopped in cool little spots here and there. One of those was this area where there was a beach and a sand bar. It formed a passable canal like body of water (at high tide). If you love shelling this is a dream location. There were so many shells both alive and empties. I even spotted a horse conch eating another conch. Survival of the fittest live and direct.

I placed some of our finds on my board and we continued to make our way out. It was so beautiful. We saw so many sting rays and Osprey nests. We even saw a couple of dolphins. One of which escorted us all the way to the Dome House. It was so cool to see how the dolphin was feeding. He would go in a circle really fast and then all of sudden would pop up with his catch. He kept doing this over and over. He actually followed us all the way past the dome house to where we landed on beach to set up for lunch. On the beach we found a shady space had lunch and really took a moment to take all this beauty in. 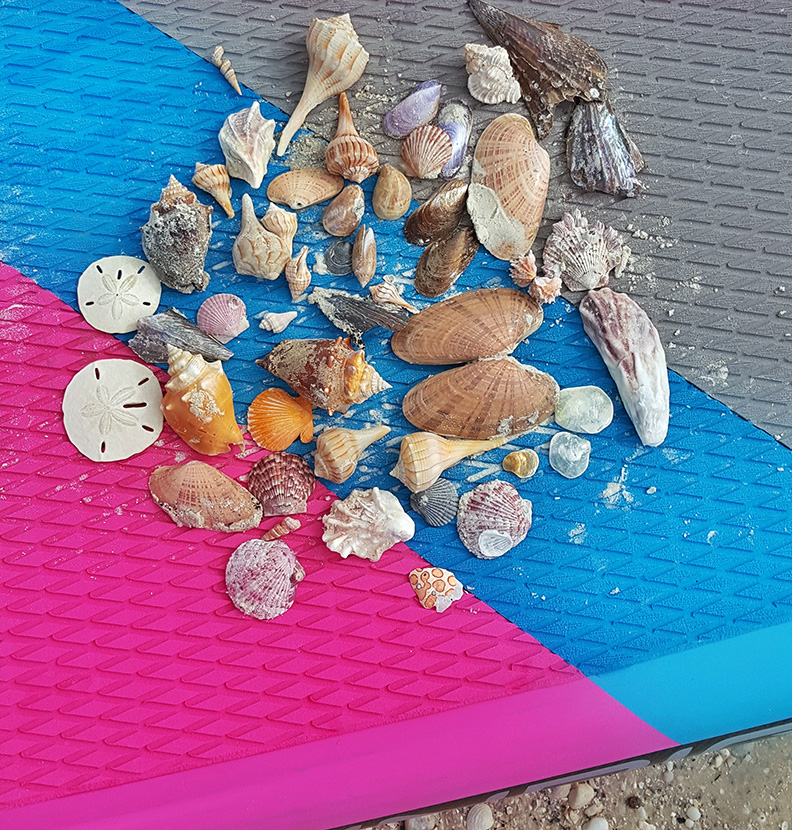 When we got to the dome house we took some quick pics. There were several boats anchored there fishing. As we looked at this house all I could do was to think about how this house used to be on solid land and no one thought at the time that the beach would disappear. Apart from the fisherman there was a lot of boat traffic by the home and lots of current. The combination of the two made for some great balance training. Specially with my shell treasures on the back of my board. I’m happy to report that I only lost one.

On the way back we wanted to see if we could navigate through the mangroves. I forgot to bring a map so, that made it difficult. Plus our phone lost signal so, we could not use that. After about 30 minutes we decided to cut our losses and head back to the gulf side. We followed the flow of the current. It lead us to this beautiful little tight inlet. The water was rushing so quickly through there it began to look like a little rapid. It turned out to be another great location for shelling.

Once we made it through that pass we hugged the shoreline the rest of the way back. Every time we had to cross an open channel we really felt the current. If you are not paying attention it is very easy for the board to get caught shift and knock you right into the water. There were some waves mainly from boats but, other than that it was relatively calm. We couldn't have picked a better day to go.

Paddle Level: Advanced
Distance: 12-14 miles
Board Type Recommended: Race Board or Touring board 12’ and up
Necessities: Leash, PFD, Handheld VHF, GPS or map if you have. 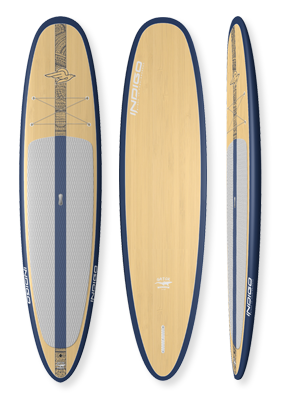 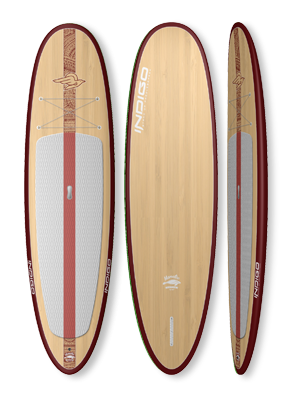 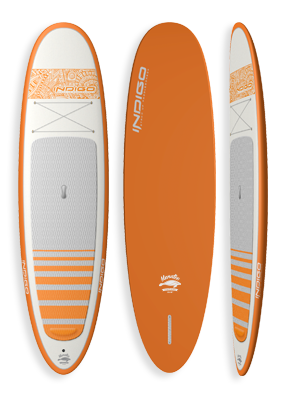 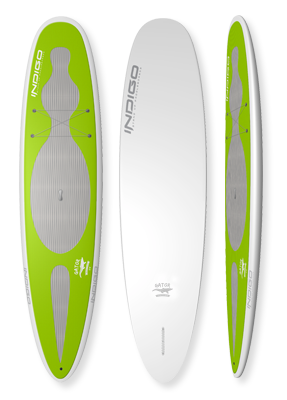 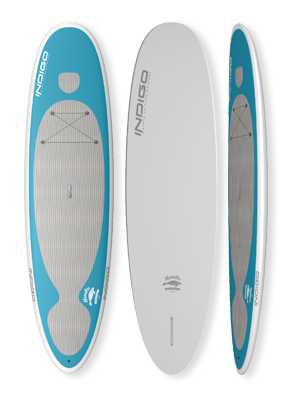 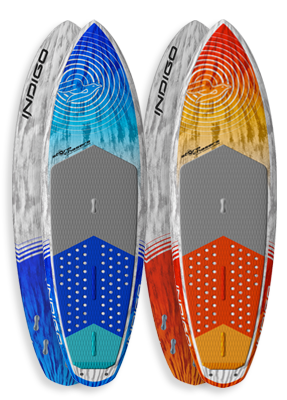 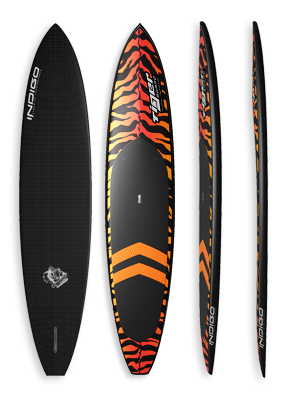 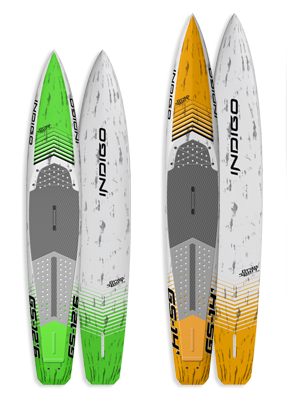 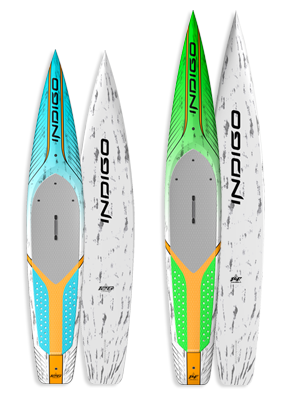 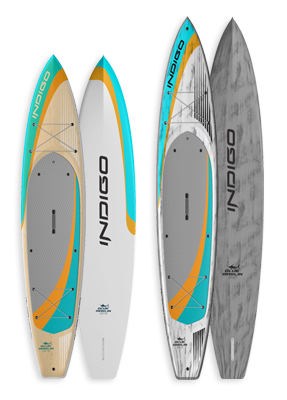 WHERE I CAN DO IT?

No matter where you are, you can get to a launch point in minutes. And how far you want to go is up to you. Take your board and reach beyond the shore!

Here is a small list of Stand Up Paddleboarding-friendly beaches and waterways in Miami area: